According to the American Association of University Professors (as reported by CNN), “In the last year, more than 100 incidents of targeted harassment against professors have been reported on college campuses.” These reactions have reached the level of actual death threats, so that some professors have been banned from campuses, so as not to expose the rest of the community to potential violence. This is not the kind of situation that would be rendered more secure by everyone carrying guns, since that would erase the distinction between the “good guys” and the “bad guys,” a distinction that would NOT become clearer once someone started shooting, since no one would know who started shooting first, or if it was a “bad guy” or “good guy” that started it. This is why, happy as I would be for permanent employment, I would never accept employment at a college or university that permitted any form of civilian “carry” on campus: a wild-eyed pack of posturing, untrained rubes with deadly weapons at the ready makes no one safer; it takes a special kind of stupid to imagine otherwise. 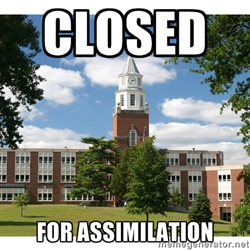 But here we find ourselves in a situation where professors are receiving enormous volumes of vicious, if not always credible, threats upon their very lives for the kinds of things they have said in public. How did all these poor little, anonymous (because the cowards are always anonymous), tragically butthurt babies come to decide that the legitimate response to the public expression of a reasoned conclusion (I avoid the vacuous notion of “opinion”) is a threat of violence or even death? Certainly the election of the “crypto”-fascist Trump has energized many white supremacist and neo-nazi groups and sympathizers, and silencing by way of the threat (or act) of violence has long been a favored technique of such people. Which brings us to the title of this post, which is the fallacy of the argumentum ad baculum, the “argument from the stick”: using threats of violence and other forms of intimidation to compel others to accept your position. END_OF_DOCUMENT_TOKEN_TO_BE_REPLACED

I’ve pointed out on several occasions that identity – as in “self-identity” or “personal identity” – is a construct that emerges from social interactions; it is something that is actively made, not something we simply have or is “given” to us. The evidence for this claim is much too dense for me to spend any more time rehearsing it (some representative discussion and citations can be found HERE.) So I will treat the fact of the constructed nature of personal identity here as a, you know, fact. And while the intention to construct an identity might, in some sense, be “built in” to us, the actual construction itself is something we must learn from our interactions with others. Were the construction primarily or exclusively instinctual, then the identity formed would be no more “constructed” than a bird’s nest is “designed;” the bird just gathers sticks and puts them together in the pattern that is instinctive to the bird. 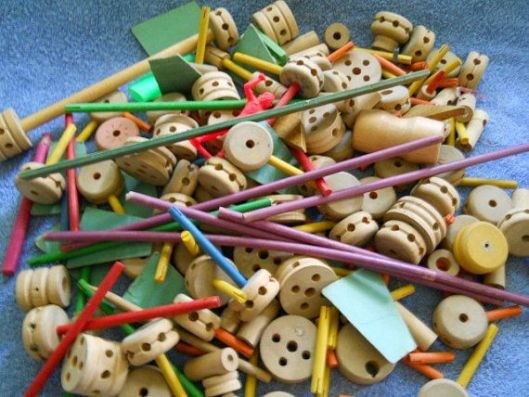 No, our personhoods, our selves, our identities, come to be assembled through our various forms of community based interactions. Obviously our genetic background provides a significant input beyond just our outward appearances. Things as diverse as shyness and psychopathic tendencies, intelligence and aesthetic tastes, all have a significant genetic components. But these things can be cultivated or suppressed, discovered or ignored, rewarded or punished, in unboundedly varied ways. Sociopaths might be born, but not every sociopath becomes Ted Bundy (some become Bernie Madoff or Martin Shkreli.) So how these biological bits and pieces come to be assembled into the persons we are is an open ended, and highly creative process. So what happens when that process is artificially truncated in some form or other? END_OF_DOCUMENT_TOKEN_TO_BE_REPLACED

And now for a brief bit on applied critical thinking …

Logical reasoning and critical thinking are habits. And like all habits, they can be cultivated and nurtured through various forms of positive reinforcement, or they can be suppressed and even eliminated with sufficient amounts of negative reinforcement. So there is never a good time to abandon rational thought on the excuse that, just in case, this one time, it might be wrong. Error is the risk we take when we attempt to say what is true. Error is the guarantee we ensure when we give up on that attempt – ironic, since the excuse for giving up is to avoid error. I bring this up, because the excuse is often presented by persons insistently advancing some demonstrable piece of nonsense that, “It is better to be safe than sorry.” Which is to say, some abjectly ridiculous claim is asserted with the statement that, “I don’t know if this is true or not, but blah blah blah blah.”

As a matter of fact, No, it is not better.