The Guardian had an article recently about an emerging movement that some are calling “extreme altruism.” Believers in extreme altruism hew to the conclusion that one is morally obligated to give away a very large part of one’s own resources (“earnings” is a term used in the article, but that is a concept particular to a very specific type of economic structure) in an effort to seriously improve the welfare of others. The author gives the example of “Julia”: “Julia believed that because each person was equally valuable, she was not entitled to care more for herself than for anyone else; she believed that she was therefore obliged to spend much of her life working for the benefit of others.” Julia did not just throw her money at random charities; rather she researched groups that appeared to do the most good, spent their funds most efficiently, and used local people rather than their own, foreign aid workers. (It was because of this last that Julia chose not to become such a worker herself for an NGO – locals would know their own needs of their own peoples, as well as understand the cultural settings of those needs, much better than foreign aid workers.) 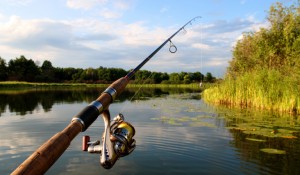 A personal aside is necessary here. An aside that requires a brief visit to that toilet of non-intellectual sociopathic spew that is known as “Ayn Rand.”

When I was a child in the 8th grade, I read most of Atlas Shrugged, only skipping over the 30,000 word redefinition of tedious stupidity known as “John Galt’s Speech.” Being young and stupid, the rest of the novel was sufficiently engaging that I read it to the end. A decade+ later, after I’d finished high-school, the Army, and an undergraduate degree in philosophy at Occidental College (not their fault), I decided to take up Rand’s “philosophical” writings. The experience was not pleasant. I found myself inventing immature names for the author so as to permit myself to continue my plod through her fatuous, logic- and history-free, ideological twaddle: “Ayn RANT,” I’d call her, or (rather more cleverly), “the Duchess of Ipse Dixit.” There is nothing admirable, or even defensible, in such blatant name-calling. But I was still quite a young man at the time, and susceptible to the lures of rhetorical excesses.

My reason for mentioning this long-ago digression into Rand’s cognitively vacuous dogmas is because of her rabid hatred for anything that smacked of altruism. (This, of course, did not prevent her from collecting social security and medicare when she was of an age, yet inexplicably not a member of the top economic centile.) Rand had no coherent notion of what altruism was or was not, beyond the fact that the word was a pejorative which she hurled at anyone she wished to dismiss out of hand.

Now, it is manifestly obvious to anyone who can – and actually WILL – read, that Rand never bothered to read the people who she chose to rail against. Sometimes she even admitted as much: for example, in her tirade against Rawls’ classic A Theory of Justice. (And, by the bye, calling it a classic does not mean I agree with Rawls. It means I recognize that he built a careful and important argument, that was saturated with a thorough understanding of its philosophical background and context. Which is to say, the opposite of anything Rand ever wrote.) One such person whom Rand denounced as advocating altruism was John Dewey. If one has ever bothered to actually read any particular amount of Dewey’s writings, one cannot but be impressed by the imbecility of such an accusation.

Now, it is certainly true that Dewey was a “communitarian,” what I have elsewhere characterized as “metaphysical socialism.” Dewey recognized that the community was the “first unit” of human reality, and that, insofar, individuals were “emergent” phenomena. But this was in no way a belittling of the individual. Quite the contrary! Forms of individualism were of such vital importance, that the central philosophical questions always centered around the issues of how best to organize society so as to cultivate the emergence of those forms of individuals that experience and inquiry (this last cited as “HNC” below) had shown to be the best. One should add here that that “best” is objectively best. Dewey was no relativist. (See, especially, Part II, written entirely by Dewey, of Ethics.)

So what did Dewey actually have to say about altruism? Dewey rarely, if ever, used the word. However, one can find the concept occasionally cited in an index. Julia, in The Guardian article above, reasoned that since she was no better or worse than other people, the fact that so many of those people were in such terribly worse circumstances than her own meant she was logically obligated to dedicate significant effort and resources to helping those people. Dewey points out that this line of reasoning can be straight-forwardly flipped on its head: “Other persons are selves too. If one’s own present experience is to be depreciated in its meaning because it centers in a self, why act for the welfare of others? Selfishness for selfishness, one is as good as another; our own is worth as much as another’s.” (HNC, pg 293.) However, Dewey goes on to acknowledge a central point, one that he highlights throughout his philosophical corpus: “An activity has meaning in the degree in which it establishes and acknowledges variety and intimacy of connections.” In other words, to the extent that broadens and deepens community. This is not a matter of tithing ’til you’re bled dry.

To “make others happy” except through liberating their powers and engaging them in activities that enlarge the meaning of life is to harm them and to indulge ourselves under cover of exercising a special virtue. Our moral measure for estimating any existing arrangement or any proposed reform is its effect upon impulse and habits. Does it liberate or suppress, ossify or render flexible, divide or unify interest? Is perception quickened or dulled? Is memory made apt and extensive or narrow and diffusely irrelevant? Is imagination diverted to fantasy and compensatory dreams, or does it add fertility to life? Is thought creative or pushed one side into pedantic specialisms? There is a sense in which to set up social welfare as an end of action only promotes an offensive condescension, a harsh interference, or an oleaginous display of complacent kindliness. It always tends in this direction when it is aimed at giving happiness to others directly, that is, as we can hand a physical thing to another. To foster conditions that widen the horizon of others and give them command of their own powers, so that they can find their own happiness in their own fashion, is the way of “social” action. Otherwise the prayer of a freeman would be to be left alone, and to be delivered, above all, from “reformers” and “kind” people.

That final sentence is worth rereading (although “oleaginous display of complacent kindliness” merits repeating as well.) This is what Rand would dismiss as “altruism.” How does Julia from The Guardian article fare?

Not too badly, as a matter of fact. As the gloss at the top hopefully indicated, Julia’s “altruism” was about providing people with “fishing poles,” and not merely handing out fish. Even for Jesus, the latter only worked the one time. The Guardian article goes on to note that Julia derives no particular pleasure from her carefully chosen forms of generosity. Her actions, insofar, remain densely Kantian in their nature. As even a moderately careful reading of “The Theory of the Moral Life” (Part II of the Dewey/Tufts Ethics, mentioned and linked to above) readily shows, Dewey was more Aristotelian, arguing for a kind of virtue ethics ultimately over Kant’s view of an ethics centered on duty. (Ironically enough, Rand self-identified as an Aristotelian. However, as even a superficial glance at her writings makes painfully clear, her grasp of Aristotle’s work never got beyond looking at the pictures.) (One might also note, quite seriously, that Nobel laureate economists Amartya Sen and Joseph Stiglitz are both variously Aristotelian in their approaches.)

Julia’s approach is one that, despite its noble sentiments and careful execution, is one that I ultimately find unsustainable and, as such, problematic to the point of being dangerous. Being so thoroughly other-oriented, it does not strike me that her altruism is sufficiently grounded in community – which involves both self and other – to stand up as a functionally stable position upon which general action can be based or taken.

3 thoughts on “The Prayer Of A Freeman”