Nature is that which is studied by physical science. Saying as much does not answer many questions; most particularly, it tells us neither what nature nor science happen to be, only that they are connected as inquiry and thing inquired into. That being said, one can also notice that it is necessary to have some notion or concept of what it is that one is inquiring into, in order for that inquiry to have any sort of systematic or methodologically sound structure. Absent such a concept, inquiry loses any possibility of systematicity, and instead becomes nothing more than random shifting around and arbitrary clutching at straws. Such shifting and clutching will, ideally, eventuate in a more systematic concept of the topic being inquired into, at which point inquiry “moves into a new gear,” and begins to become genuinely organized. Physical science has long since moved past such a phase of randomly poking things with a stick; it has long been operating with a detailed and thoroughly developed concept of nature. But while the sciences have A concept of nature, does that mean they have the best concept of nature? There are reasons to believe that the answer to this question is “no.” 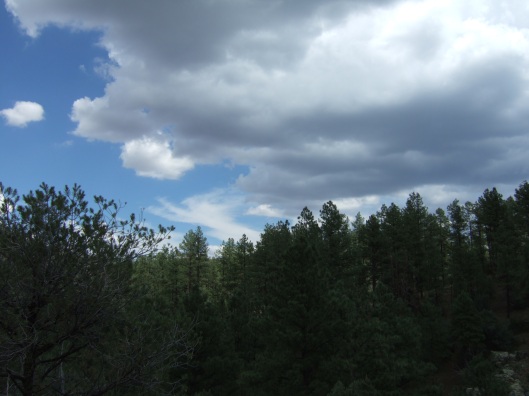 This brings us to the philosophical question of naturalism. Some forms of naturalism take the position that “nature is all there is,” which might seem like a fairly strong metaphysical commitment until one realizes that saying, “nature is all there is,” tells us nothing about what all nature is. So in order to have any cognitive content, any and all forms of naturalism – regardless of whether or not they admit the possibility of anything beyond nature – must, primarily, be a thesis about what nature is. So a form of naturalism will be the source of a concomitant concept of nature. I will state without argument that the two stand in a one-to-one relationship: if “a” form of naturalism resulted in a “family” of concepts of nature, then in reality what we would have is a family of forms of naturalism as well – one member of this latter family for each concept in the former.

With regard to the contemporary, “scientific” concept of nature, three problems in particular deserve to be singled out: the inability to deal with mind and consciousness, the mutilated notion of possibility, and the dismissal of time (and hence, experience.)

The first, mind and consciousness, has dogged modern thought since the scientific revolution in the guise of the “mind/body problem.” This is a truly modern problem, as neither the Greeks nor the Medievals entertained it. It came about in its most explicit articulation from the works of Rene Descartes, in the early 17th C. (Descartes also is the man who brought algebra and geometry together with his cartesian system of coordinates that we all now learn in high school. So yeah, philosophers used to study mathematics, and vice versa.)

As with all such dualisms, the problems arise from making the differentiation in the first place. But the dualism is fixed by accepting one pole of the dualism, and then trying to collapse the other pole into it. This does not fix the problem, so much as try to strangle it. (H/t Ernst Cassirer.) Nevertheless, such has been the approach of nearly all philosophy and science for the past 400+ years. No amount of fMRI images will suffice to solve the problem, for reasons that William James already laid out over a century ago, under the pejorative label “medical materialism.”

As for possibility, this is treated as a merely recondite abstraction with no basis in reality other than as a short-form for talking about concrete actualities; it has no substantive form of its own beyond such parasitic functions. As a result, when dealing with real possibilities, as one must in quantum mechanics (for example), there is no way to deal with that genuine reality except by postulating alternative, but “actual”, universes to magically fill in the blanks fabricated by a theory of nature that makes no room for real possibilities. This has led to one of the single most asinine postulates ever advanced in the history of human thought – the “many worlds” thesis.

The “many worlds” twaddle holds that every physical possibility is realized in some “possible world” that is to be found in an “alternate universe.” Thus, consider an electron in an excited state, in a molecule somewhere in your body. There is an envelope of probabilities that it will jump down to its normal state within a definite frame of time, emitting a photon in the process. According to the “many worlds” nonsense, ENTIRE UNIVERSES spring into existence at every infinitesimal moment within that time frame, representing the way this universe would be had the electron actually made its jump at that moment. There is, of course, absolutely no way to test such a thesis, so it fails to even qualify as an hypothesis, much less a theory. As such, it is devoid of even the abstract “possibility” (a small pun) of scientific content. Yet it is advertised as the pinnacle of scientific thought, a profound insight into the “true” nature of Nature.

It beggars the imagination that intelligent people could seriously entertain such fatuous absurdities, yet it is certainly the case that they do; Brian Greene and Stephen Hawking both insist this is how reality is. All of this idiocy could be avoided, however, if our operational form of naturalism merely took relational possibilities seriously, as genuinely real on their own account, rather than making them merely parasitic, a short-hand way of talking about concrete actualities, which alone are permitted to be part of nature by our currently operational system of naturalism.

Finally, current theories of nature require that we dismiss time as an illusion and unreal. Brian Greene has characterized time by the metaphor of a “frozen river.” How it is supposed to be the case that something as manifestly and indisputably real as time is a mere illusion, an artifact of consciousness, is met pompous hand-waving, and smug declarations about how it is necessary to correct the illusions of experience with theory. No account is given about how theory is supposed to be corrected; but for the model centrists like Greene and Hawking, no such correction is ever necessary – merely a refinement of the mathematics. This stems from Minkowski’s (NOT Einstein’s, though he eventually adopted it) interpretation of relativity as “space-time.” Rejecting time necessitates (as we saw, just above) rejecting experience, which leaves physical science completely ungrounded, floating about in empirical vacuity as little more than a more mathematically dense version of medieval speculation. (And for the record, the medievals never talked about how many angels could dance on the head of a pin; this was a modern creation used to describe their concerns.)

There are, of course, alternatives. Alfred North Whitehead not only formulated the first credible alternative to Einstein’s theory of relativity, he proposed an entirely new form of naturalism, and concomitant concept of nature (which, to this day, is not taken seriously by the scientific community), as well as a renewed vision of empirical science that retains the empirical without loss to the theoretical. Whitehead’s form of naturalism takes time, possibility, and experience seriously, because it treat them as real, as opposed to something to be brushed aside with clever excuse making. But that clever excuse making has now become deeply entrenched, and it is a rare scientist indeed, who will challenge it (but there are a few!)

One way to start the process of actually moving forward (rather than merely digging the hole deeper) is to refuse to accept the model of naturalism foisted upon us by the settled gate-keepers of science – secure as they are in their careers – and face up to the fact that this version naturalism is a philosophical choice, not a demonstrated scientific “fact.” As the above examples hopefully suggest, the ossified, contemporary view of nature not only writes human beings out of the picture, it is frankly incoherent at its core. To reject this version of naturalism is not an attack on science, but rather a refusal to permit science to be uncritically undermined.

2 thoughts on “Nature versus Naturalism”