James Ladyman recently published an essay in The Philosophers’ Magazine arguing (as the title of the essay would indicate) in praise of specialization within the discipline of philosophy. (Attentive purists will notice that I use American spellings, and not the British forms used in Ladyman’s article.) Colleague (and occasional commentor) Brian Burtt brought Ladyman’s essay to my attention, with a gentle prod for my thoughts on Ladyman’s argument. As a general rule, I’m quite happy to do “requests,” and so what follows are my not-quite initial reactions to the article. (Not quite initial, as they are colored by a degree of considered thought.) 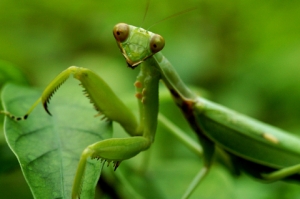 One can safely hazard a guess as to the top layer of my remarks, from the Heinlein quote that titles this blog post. However, there are a few subtleties I hope to add, beyond just and only the Notebooks of Lararus Long. END_OF_DOCUMENT_TOKEN_TO_BE_REPLACED