The Washington Post had an article in their science section a few days ago announcing “Scientists are baffled: What’s up with the universe?” It is a welcome relief to see mainstream reporting paying some attention to the massive problems that absolutely dog contemporary gravitational cosmology. One more frequently encounters a breathless declaration that this or that latest “discovery” “confirms” the Standard Model of Gravitational Cosmology (“SMGC”),i yet which then goes on to announce that we’ll need a “whole new physics” to make sense of this new data. (This article from The Guardian is slightly more balanced than many of the sources that later picked up the same story.) But the deeply problematic nature of SMGC is not really news, nor are the issues mentioned in the WaPo article even the most directly pressing matters. An extensive review of many of these problems may be found in the newsletters of the A(lternative) Cosmology Group. While a serious measure of background in mathematics and physics is required to read the listed and cited papers at any level of comprehension, a person with a basic background in these topics will be able to follow the newsletter discussions themselves and gain a modest acquaintance with the issues. 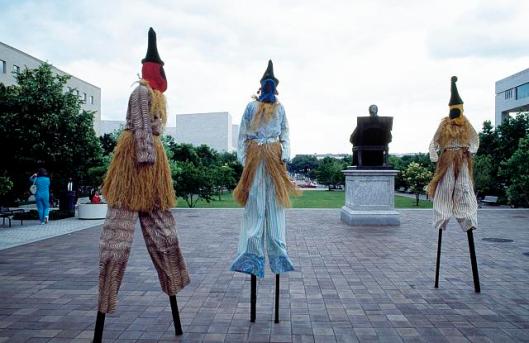 There are yet other issues that appear where SMGC intersects with micro-physics, in the realm of quantum mechanics. Part of the problem is that the mathematical bases of these two realms of inquiry – which, in the case of SMGC, is Einstein’s general theory of relativity (“GR”) – are built around radically different and largely incompatible kinds of mathematical structures: quantum mechanics, for all of its peculiarities, is linear in nature, while GR is fundamentally non-linear. This unification of the macro and the micro levels continues to defy serious scientific efforts, but the emphasis here is most definitely on “serious.” Unserious – because blatantly unscientific – efforts have given us the “string theory” nonsense which, while mathematically clever (at least by some accounts) is empirically vacuous, and as such devoid of any actual scientific content. Indeed, string-theory is so lacking in any basic scientific standing that not only is it empty of any actual empirical content, it lacks even the possibility of such content. Philosophers being disdained by the gate-keepers of SMGC – persons such as Brian Greene, Stephen Hawking, Neil DeGrasse Tyson, and Sean Carroll – one may also turn to the observations of scientists such as Lee Smolin and Peter Woit for confirmation of these statements.

But by far, the worst of the worst is the fatuous manner in which physical cosmology deals with the role of possibility. This brings us to that gargantuan piece of nonsense-on-stilts,ii the “multiverse” “theory.” As with string “theory” before, the use of the term “theory” in this context is, in fact, an abuse of language. A theory, a real theory, is a scientific hypothesis which has been subjected to such thorough and substantive test and examination, that it has been validated – at least in all of its main parts – beyond the point where anyone seriously expects newer data and observations to present any major falsifications of the (now accepted) theory. For this to happen, of course, for the theory to actually be a theory, it must be possible to test it, and some meaningful number of tests must have been performed. But to be testable, an idea must have robust empirical content. And as is the case with string “theory,” the multiverse notion is hollowed out of any testable content.

So what is the multiverse nonsense anyway, and why did it come to be incorporated into what would otherwise be scientific discourse? Well, as mentioned, it has to do with what happens to physics when physical cosmology gets linked to quantum mechanics. In the quantum view of the world, micro-events do not behave in a reductively deterministic way. One can firmly determine the probabilities that events will fall within certain well-established numerical ranges. But those ranges only provide the weighted chances that events will be one way, rather than another.

Interpreting such behavior has proven to be endlessly difficult, not only for classically trained physicists working at the start of the 20th C., but even for physicists today. The reason for this struggle has nothing to do with the mathematical cogency of their theories, nor with any problem relating to the precision and cleverness of their experiments. The problem is that, beginning a century or so ago, physicists as a group (there are always individual exceptions, of course) stopped making any serious attempt to engage the purely philosophical foundations of their field. This has now reached the point where the gate-keepers (see the above list for some examples) dismiss and disdain philosophy wholesale. This hardly removes philosophical influences from these gate-keepers (and those they influence) assumptions; rather, it leaves them saddled with philosophical assumptions which have never made it out of the 19th C., on the rare occasions when they even evolved that far. And in this instance, it means that they are incapable of dealing with possibilities seriously.

What does it mean to deal with possibilities seriously? Well, for one, it means to treat them as though they are real. And this is something which contemporary physics overwhelmingly refuses to even imagine, much less do. So since physicists refuse to treat possibilities as real, they must instead imagine other actualities as somehow coming into play and thereby rendering talk of possibilities as a mere shorthand that is parasitic upon these actualities. The multiverse twaddle accomplishes this by asserting an entire new universe comes into existence – “actual” in its own way – for every conditional possibility in every quantum mechanical state, everywhere throughout our own universe. Thus, a single electron, somewhere in the vastness of our universe, jumps to an excited state because it has absorbed a photon. Quantum mechanics provides a range of probabilities that this electron will will emit a photon and return to its native state across some finite period of time. But that means that continuum-many universes come into existence, each differing from the others on no other account than that our electron happened to return to its stable condition at just this, rather than any of the other, infinitesimal instants in that finite span of time.

Think on that a moment, if you must: a non-denumerable infinity of entire universes, all on account of a single electron. We are then expected to take this drivel, this nonsense-on-stilts, seriously, all the while ignoring the fact that it is empirically vacuous, is completely unintelligible, and is utterly gratuitous to boot. For the simple solution that avoids the entire multiverse absurdity is, as I’ve said, simply to take possibilities seriously.

This means treating possibilities as real, even though they are not in themselves “actual.” In my book with Randall Auxier, The Quantum of Explanation (conveniently titled the same as this blog) we make the case for this in some detail. As that book is about 400 pages long (including end notes and index) I hope I may be forgiven if I don’t attempt to present that argument here. But a few notions may be summarized.

First, following our reading of Alfred North Whitehead, possibilities exist in a topological (which is to say, non-metrical) gradation of those that are more nearly immediate to us, and those that are very far indeed from any chance of actualization. The first we call “potential,” the latter we characterize as the “merely possible.” These are not substantive “things” (such as alternative universes), but relational realities. So it is necessary for physicists and philosophers to take relations seriously as well; indeed, this is the foundational principle that enables us to take possibilities seriously. (I’ve said more about this HERE.)

That’s all we need to do and, poof!, no more absurdist idiocy about infinities of universes infinitely multiplying at each infinitesimal moment. Just real relations, really operating, and really lending their relational weight to that which is concretely actual. In addition to avoiding unintelligible foolishness, it also allows us to focus on that which actually testable, rather than positing entities that are literally beyond our own universe in the desperate attempt to make sense of this one. This last is particularly desirable, since it can only be from with and within this universe that we can ever hope to make real sense of the world. Wild-eyed confabulations will not do the job for us.

iI keep emphasizing gravitational cosmology, because there are also philosophical and theological cosmological theories, and my focus here is on the physical (i.e., gravitational) variety.