This is the follow up to my previous post. We are vexed, perplexed, by time. Augustine famously quipped regarding time something along the lines that, “As long as no one asks me, I know exactly what it is. As soon as someone asks me, I have no idea.” Myself, I remain struck by the rhetoric and poetry of a line from the first Star Trek: The Next Generation movie: “Time is the fire in which we all burn,” a sentiment which the film, in the person of Patrick Stewart’s “Jean Luc Picard,” ultimately rejects. Myself, I find both of these approaches unsatisfying, because they both treat time as a “thing” that “is.” Language seems to force this on us. But time is not an “object” lying there on the rug like something the cat dragged in; time is the cat that dragged that thing in in the first place, as well as the rug where it was deposited. 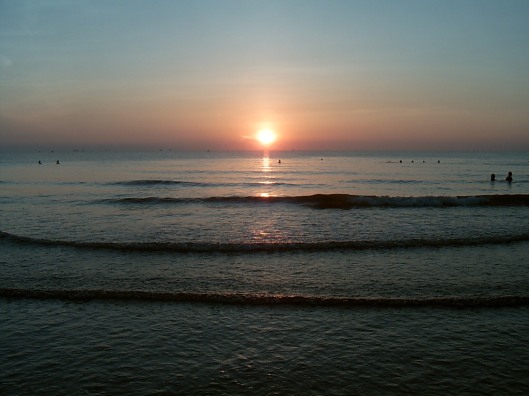 Backing off a bit from my (once again) colorful, and probably not very helpful, language, time is not a “thing” sitting there awaiting our observation and description; time is the context in which all objects present themselves to be possibly observed, described, or otherwise interacted with. Additionally, time is not a string of “point-like” (I often use the term “punctiform,” but this evidently has a medical usage that is NOT what I intend) infinitesimal moments on a string, like numbers on the real line. This latter is how modern physics deals with the subject of time, but this approach substitutes an abstract mathematization for the actual facts of experience, justified exclusively on the grounds that it makes our mathematics simpler. But reality does not pretzel itself to fit the simplicity of our theories, a fact which many people dazzled by mathematics seem to have lost sight of. Our only access to that reality is via our experience, and so our theories must bow to that experience and not the other way around. And time never comes in inexperienceable, infinitesimal points; it is the context through which nature flows, and always presents those contexts in stretches or “durations.” For my purposes, I am taking this fact as given; for a detailed argument about this “point” see chapter 3 of Whitehead’s The Concept of Nature.

The “now” that we experience (and, as such, is real) is always such a duration, a temporal “thickness” that has definite, yet determinately finite, extension. Each now can overlap with other nows, so that (in the absence of any carefully worked out reasons) there may be no obvious beginning or ending to the system of nows we immediately find ourselves in, and temporal stretches which were or will become their own nows beyond this durational stretch of this “now.” This is all painfully abbreviated, but it is the best I can do if I’m ever going to pick up the theme left over from the previous post: the meaning of our particular lives is to be found in the “now.”

The previous comments about time, duration, and “the now” have hopefully been enough to excite a measure of attention to the complexity of what is really being suggested here. Life (in general) is the possibility of meaning (in general), but an individually meaningful life (personal, you, me) can only find that meaning in “the now”, which turns out to be a rather complex structure rather than an infinitesimal point (which, other than as a mathematical abstraction, is meaningless.)

So, what happens when “the now” begins to collapse?

Hold that thought for a moment as we first go in the opposite direction.

Various meditative practices often seem to result in the practitioners achieving an almost universal experience of “now.” (Lacking the discipline to pursue such disciplines, I am here relying on the reports of others.) This at least offers one way of interpreting some of the descriptions offered of such experiences in which time seems to “disappear”: it has, instead, been embraced within an all encompassing “now.” This seems to result in such a breadth and depth of meaningfulness that it requires a new name, such as “spiritual.”

This helps contextualize the previous question, what happens when things go the other direction, and the structure of “now” is increasingly compressed or truncated? We are again speaking at an experiential &/or phenomenological level, and not about mathematical abstractions (infinitesimal points) used to characterize the passage of time as a natural, scientific phenomenon.

Performing phenomenological analysis is its own, specialized kind of activity, and I am again less than confident in my ability to follow through with such an analysis with any high degree of adequacy. Still, various notions strike me as worthy of pursuit in greater depth: if the particular forms of meaning that are to be found in any individual life are the sorts of things that are manifested in the durational stretch of “the now,” then wouldn’t the truncation of that “now” similarly choke off those avenues of meaning?

This highlights a terminological problem with those admonitions that encourage us to “live in the moment.” The problem is with the word “moment,” which suggests an infinitesimal point. Even if such points enjoyed a concrete existence in either time or space (as opposed to being abstractions used to characterize pertinent relations OF time and space) there would be no living “in” such points, there being no “in” for such living to occur. Such homilies probably intend something more akin to what I mean by “the now,” though even here some caution is required as the temptation to artificially narrow the genuine meaningfulness of “the now”. Because the durational spread of “the now” does NOT mean fretting about the past or the future, it means opening the time, the duration, that is “the now” – this now – to the full breadth of meaningfulness that all those relational possibilities draw together in this or that particular “now.”

It is here, perhaps, that we see what happens when individuals experience their particular lives as meaningless. It is not, I would argue, the encounter with “the absurd”, as many existentialists would argue; more often than not, the “absurd” is a dense tangle of relational interconnectedness that is too entwined to by parsed out by our limited intelligence. It is a thicket that seems to possess neither root nor foundation, neither center nor direction, such as would enable us to reason either from or to some kind of rational “absolute” or certainty. But such mythological absolutes and certainties are scarcely the sort of thing that a mature intelligence should ever trouble itself over; pragmatic exigencies and logical inquiry can carry us quite as far as we might ever hope to go – even into speculative metaphysics – without ever fretting ourselves over fantastical imaginaries and “absolutes” of our own fabrication.

No, the real horror is when the relatedness of the universe seems to disappear from us: then we face not the absurd, but the abyss. When that happens, the “now” dissipates into a vacuous chain of singular dots, empty of content and armored against the world outside, strung together like indecorous beads on a string. The “now” vanishes, and all that is left is time. I’ve no empirical data to justify myself here, but I suspect that this is a large part of what happens to people who seriously contemplate suicide. Notice that the issue is not – never was, never will be – what the “real” relational content of the “now” happens to be, only how that “now” is manifested as the relational source of meaningfulness within any particular person’s life. Denuded of relations, all that remains is the gaping maw of time.

This also offers some potential insight into the state of persons facing terminal illnesses who elect medically assisted dying. In many respects, this is the opposite of suicide, because in these instances it is time that has been emptied for them, even as the “now” may very well be intensified. This would be a small, but meaningful reason, to stop referring to the process as medically assisted “suicide.” Regardless that the ultimate intention of both is one’s own death, they remain categorically different actions. One is to live in the fullest possible “now,” while the other is a declaration of the absolute emptiness of this and all possible “now’s.”