Good comedy and good scholarship are about challenging expectations. Still, they are an odd couple to pair in a single blog post (it doesn’t fit our expectations): there is seldom anything scholarly in comedy, and even rarer is there anything intentionally comic in scholarship. Philosophy jokes are even rarer, and less funny, than fencing jokes. For example:

It is actually a lot funnier if you’re a fencer, but it is still clear enough that even non-fencers might well be amused by the wordplay. Here, on the other hand, is pretty much the only philosophy joke I know:

Herr Doktor Professor strides into the lecture hall, turns and faces the terrified students in attendance. “I have come,” he declares, in his booming but gravelly voice, “to talk to you about … ZE UNIVERSE!! Und vhy, you ask, am I here to talk about … ZE UNIVERSE??!!” Herr Doktor Professor pauses, glares at all the intent faces, and then shrugs. “Because zats all zere is …”

Like I said, pretty sad. I’m the only person I know who has ever laughed at that joke. And that was even before I’d read much Hegel. 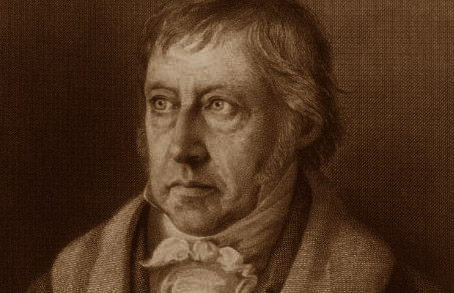 Where I am ultimately going with all this is rather more serious, and is rooted in one of my favorite quotes from the science fiction author Samuel R. Delany:

The only important elements in any society are the artistic and the criminal, because they alone, by questioning the society’s values, can force it to change.

I believe this is from his novella Empire Star, but my texts are not to hand, so I cannot confirm this citation. In any case, questioning a society’s values is rather like challenging its expectations, and the latter is a primary element of both comedy and scholarship.

The most important thing to notice, right off the bat, is that the word Delany uses is “criminal,” and as an element, and not as an individual. NOT “thieves” or “robbers,” “killers” or “con artists,” not even “outlaws.” (This last term suggests a roguish loner.) What sorts of people do we find in that “criminal element”? We find people like Mohandas Gandhi, Martin Luther King, both of whom served jail time for their criminal activities in their respective societies. We find the White Rose society of Nazi Germany, all of whom paid for their criminality with their lives. (By the bye, a white rose is the symbol of purity of intention. Amazing the things you learn at Renaissance Faire.) Every man (and, yes, they were all men) who signed the Declaration of Independence was a criminal – indeed, an outright traitor. It is in this context that Delany sets the artists, and this is where I’ll spend the remainder of my time.

Like the “criminal,” the “artistic” element is a rather broad category. Most of us, I suspect, first have images of painters, and then of musician/composers leap to mind, followed at a close third by sculptors. But this is “art” only very narrowly conceived. Sam Delany himself is clearly one of those elements in the artistic category; writers are, after all artists. We must not forget such things as dancing or acting, but what about other activities we typically fail to properly classify? Gardening – and not just advanced topiary – is an art and, in the proper context, can be an act of supreme defiance. (For example, growing one’s own food with heirloom seeds in the face of massive corporate insistence that said corporations be the sole source of sustenance.) John Dewey had many wise things to say about art, that I’ve no space to explore here. But it includes things like comedy and scholarship.

Now, I know that most people do not want to have a copy of my most recent academic book in their house. Scholarly works tend to be dry and technical (although, Randy and I do a pretty good job of avoiding the “dry” part), and scarcely the sort of thing for entertaining friends at a party. But with vanishingly few exceptions, the people who would have a Jackson Pollack painting in their house are persons engaged in nothing other than conspicuous consumption of the most degenerate and disgusting sort imaginable; they have no clue how to appreciate a Pollack, they know only that it is “valuable.” In a similar manner, the artistry of real scholarship is not to be found in its popularity or its accessibility. It is found exclusively in its scholarship.

Comedy is more readily seen as an artistic element for its performative aspect. (Although spending a semester trying to keep students in a class engaged will give you a significant appreciation for the performative aspects of teaching.) But the real art is not so much in the performance (although, that is clearly vital: the timing of delivery is of utmost importance.) Rather, it is the material being delivered. And it is here (as well as in the timing) that the challenge to expectation – as well as to society’s values – becomes manifest.

And this comes with risks.

So, for example, Kathy Griffith infamously did a comedy sketch that involved a prop dolled up to look like the bloodied, severed head of Donald Trump. This stirred up an enormous amount of outrage, especially amongst those who never raised an eyebrow at the mock lynchings of Barrack Obama. (You can look up all the above on your own; I will link to neither of them.) No distinction was made between the former – a comedy routine – and the latter – the sincere call for the murder of a sitting president – by those who protested most loudly. Rather, it was demanded that we all commit the slippery slope fallacy, and conflate these two generic actions into one disgusting and democracy destroying behavior. The mock lynchings were skipped over with a smile and a wink; all that mattered was a tasteless comedy skit.

Which brings us around to scholars. Less well heralded events include one professor being fired for tweeting a less than sympathetic comment about the white American youth who was imprisoned in a North Korean for about a year, and who, when released, dropped into a coma almost immediately upon returning to the U.S., where he died shortly thereafter. The tweet asked the not unreasonable question, how stupid and privileged do you have to be to travel to North Korea (while, I would add, not being Dennis Rodman), and then be surprised that bad things happen? The other scholar, also fired, had the distinction of going on a conservative news program and defending the Black Lives Matter movement for having held a social engagement at which privileged white people (mostly men) were not invited. Neither of these actions by these scholars was in any way associated with the institutions where they worked. Nevertheless, the institutions decided that, rather than defend these scholars from the death threats they were receiving, they should be terminated.

Having thus been fired, their careers were destroyed in the process. This is why the “Corporate University” system LOVES adjuncts. Quite aside from the fact that adjuncts are so cheap (no benefits, no job protection, no real wages), they can be fired for any reason at the drop of a pin, simplifying the process of terrorizing the rest of them into compliant, silent obedience. So, because these scholars made some privileged white people all butthurt, it was important to destroy their careers, and demonstrate where the institutions’ values really lay. They certainly did not lay anywhere that such values and expectations could ever be allowed to be challenged.

Finally, you might be wondering, what has all this to do with Hegel? Well, absolutely nothing beyond what I already said: Hegel just makes everything funnier. You were expecting something else?

2 thoughts on “Hegel Makes Everything Funnier”