Power relations and interpersonal relations – by which I mean, those that carry substantive sexual content, regardless of whether they ultimately lead to coitus – must be kept separate. When they are not, they both become twisted. The preceding invites immediate misinterpretation, and so I must take steps to clarify and set that misinterpretation aside. I’m not talking about the kinds of “kinky” sex games that go by the various titles of “bondage & discipline” (B&D) or that form of pain management that falls under the title of “sado-masochism” (S&M). Note, first off, that the two are not the same. Note, secondly, that, when engaged by two (or more) consenting adults, the power relations are what might justifiably be characterized as “pseudo power” relations. There is a pretense of power in real play. Indeed, insofar as any person in such plays or scenarios exercises real power, it is the “sub,” the “submissive” (who might be either male or female), because this is the person that can bring the whole thing to a stop with a single word. In all real play, the sub has the “stop,” the “safe,” or the “control” word, and can exercise it at any point of his or her choice. And herein lies the difference between consensual B&D or S&M play, versus genuine abuse: in the former, there is a pretense of power in real play, while in the latter, there is a pretense of play in real power. 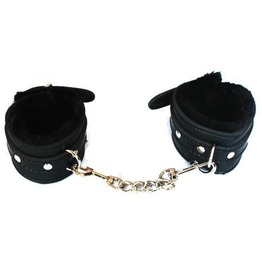 This is where we find so many of the objections to the sexual fantasy Fifty Shades of Grey. (I decline to link to it.) Well, one of the objections; evidently the writing was not such as to be short listed for the Booker Prize. I’ve not read the book myself, so everything I say here needs to be viewed with some skepticism. However, I am reporting the evaluations of people I trust. So while that should mean nothing to you, it means a quite a bit to me. In any case, the female protagonist in the story never exercises any real power. Rather, she is the Stockholm-Syndrome participant in her own degradation. Persons can certainly appear, to all superficial observation, to be willingly consenting to such degradation. But this is the paradigm of the pretense of play in real power.

And it is twisted.

To be clear, genuine B&D and S&M play is something against which I offer no criticism or complaint. The truth be told, I’m not very good at such games: I am a very poor “dom” (dominant), and constitutionally incapable of being a sub. Obviously I’ve played the game a little, but for me it was always something I was doing for a lover who wanted that type of play, not an intrinsic interest of my own. But I’ve been around enough folks who were into this kind of play to know it is non-toxic, and to know I’m not really interested in it. Which brings me to the toxic, the twisted, stuff. The funny thing about the genuinely twisted, though: as Hannah Arendt observed about radical evil, in itself and its own being, it is so banal.

I wish to use a real-life example, but I wish to keep the real people out of it. The incident is well-known, and has bee extensively reported. All of the people involved have either stepped forward or otherwise had their names reported in the news. Nevertheless, I am not going to use any names. It feels (and, confess, this is “only” a feeling) pornographic to repeat the names here. It is not that I am not interested in the persons, but I only want to discuss the relational structures. For anyone whose prurient curiosity is not to be satisfied by my abstractions, I direct your attention to THIS ARTICLE. The article is written by “the author,” about an incident between “the professor” and “the student.” (I’ll waste no more time on scare quotes.) The author is quite explicitly on the professor’s side in this affair, and so I will be using the author’s words (in quotes, so that it will always be clear) to make my argument, that the professor was still indefensibly in the wrong in this event, based upon the arguments of an especially favorable supporter. My argument is that the structures of this event illustrate the issues with which I have opened this discussion, namely the pretense of play when real power is in place. So permit me to quote from the author’s defense of the professor. (Feel free to confirm that, other than eliding names for generic titles, I’ve taken nothing out of context):

I know of the professor on the slightest of levels, some email correspondences from many years back, and then seeing his name come up related to various publications. His primary AOS (Area of Specialization) is analytical philosophy of language, so I am a little puzzled over his pedagogical justification for going to an art opening with a student on what would otherwise appear to be a date. (The first piece of emphasized text.) The offer to introduce the student to the curators is the kind of thing that could have happened at any time in the past, without any pretense of social interaction. But perhaps the professor has a background in aesthetics that I am unaware of (a very real possibility) making the experience a legitimately educational one. But the second emphasized statement, about them “sleeping together … in a bed at the professor’s apartment”, regardless of the elided qualifiers, is an absolutely indefensible action on the professor’s part. Why didn’t the professor simply take the student home? How did they even possibly end up in his apartment, much less in the same bed? Even I have a sofa I could sleep on, if push came to shove. Are we seriously to believe that this was the only reasonable or possible arrangement that could be made that night? He was her professor – not her companion, not her friend, not her date.

Excuses about the student being an adult and responsible for her own choices only go so far. It is a well-known fact that the fore-brain is still in development until at least age 25 in women (in men, even later), hence the change in auto insurance policies at that age. (Insurance companies have understood this for a very long time, based solely on the numbers relating to reckless driving; the neurological science came along well after.) In other words, for both men and women of this age group, they are still a long way from being fully capable of adult judgment.

The professor, however, has no such excuse.

The fact that they did not engage in coital sex does not change the irrefutable fact that the professor placed the student in an overtly and irreducibly sexual situation. The people who would defend such impositions and justify such relations (some of them female) display a staggering ignorance of, and insensitivity to, the most elementary aspects of power in human relations. Rules against “fraternization” between officers and enlisted personnel, or even persons of somewhat different rank, in the military, or between management and employees in business, are not the medieval holdovers of prurient sexual mores. A person who exists in a position of real power also operates in a sphere of great trust, regardless of whether that trust is genuinely merited or earned. (Imagine a dom who refuses to stop when the sub uses the safe word. This is no longer play, but blatant abuse, even assault.) Persons like the professor and the student are operating in a context that takes such trust in power for granted, but in which there is no safe word. This is power without play.

And when it becomes sexual, it is twisted.