A running joke that Dr. Auxier and I incorporated into our booki was the phrase, “skip to page 337.” The pagination reference is to the Free Press edition of the corrected version of Whitehead’s monumental work of metaphysics, Process and Reality (“PR” hereafter.) Page 337 of PR is the start of the fifth part of the work, his rather poetic discussion on “God,” beyond the more concrete arguments of the preceding 337 pages. By “concrete” it should be understood that Whitehead’s “God” is not some religion inspiring big daddy in the sky that you go to church to beg candy from. Uneducated rumors to the contrary not withstanding, Whitehead never invented words. But at many points in his tome on “speculative philosophy” (his preferred term for what others call “metaphysics”) he needed to identify an “omega point” which served as the entirely impersonal foundation for the rational structure of the world as well as the “font of creativity.” He called this “God.” Were he inclined to use non-English words, a better choice might have been the Greek “arché” (αρχη). But Whitehead was Whitehead, and that was never going to happen, and so it did not.

Setting aside for the moment the question of “God,” there are some important issues in the material that the people skipping over to pg. 337 are, in fact, skipping over, in their stampeding rush to gin up a “Whiteheadian” theology. There are two things I want to talk about that are left all but untouched in the secondary literature on Whitehead, one of which is interesting and the other is downright revolutionary. These things appear in the pages that many scholars ignore when the skip to pg. 337. They are what Whitehead called “strains” and “flat loci.” I’ll address these in order. But first I’ll devote a paragraph to the work on natural philosophy that Whitehead developed in the years preceding PR.

Now published and available for sale as either hardback or ebook: 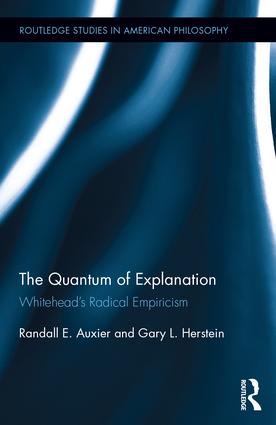 Available at Amazon, or directly from Routledge.

I was reminded again this other day that the varieties of ways that things can be “together” easily exceed the kinds of ways that even smart people will often notice or imagine are possible. The issue I have in mind here is not a matter of relationship advice but rather of logic (although more than a few relationships would profit from even a smattering of basic reasoning.) In this instance, some things can be analyzed into genuine parts that can be separated in fact, while other things can only be analyzed into abstract “parts,” which are not ever separable in reality; there is yet a third type that can only be taken as a whole, even in analysis, without doing violence to the nature and meaning of the thing in question. Failure to recognize what type of thing or idea one is dealing with can lead one into fundamental errors which, while often terribly clever are, for all of that, still just flat wrong. My interest here will be with the first two of the above three.

Various common phrases are easily recognizable in this context, most especially the old saw about, “the whole is greater than the sum of its parts.” This is especially true of organic unities. For while we’ve achieved a level of surgical finesse that can, under extremely delicate and rigorously right sets of circumstances, permit us to, say, remove an organ from a living being and replace it with another, this generally cannot occur without considerable trauma, frequent enough failures, and extraordinary skill to reassemble the whole that has been torn apart by the procedure. Such holistic entities are what the Greeks referred to as a-tomos, a word that roughly translates as “uncut.” It is from this Greek root that we get our term “atom,” which originally meant an undivided unity. END_OF_DOCUMENT_TOKEN_TO_BE_REPLACED