A “false flag” attack is a premeditated form of deception in which some disaster with a high number of casualties is inflicted upon a community, evidently by outsiders, but in reality by the community’s own leaders in order to fabricate the impression of immediate threat and danger within the community, so that the leaders may act with impunity by taking aggressive – and typically extra-legal – actions. This then establishes the leaders’ power, with the willing consent of those over whom they actually intend to exploit this power. If you are a movie buff, the “St. Mary’s virus” biological attack from the movie V for Vendetta, is an example of a false flag attack raised to the nth degree. Claims of “real” (note the scare quotes) false flag attacks are standard twaddle with childish conspiracy theorists like Alex Jones and blathering histrionics of his “Infowars” website. Lest there be any lingering ambiguity, I do not hold much truck with such infantilism. People who have taught the subject know that such conspiracy theory drivel is used as comedy relief in Critical Thinking courses. Such material is swallowed with great credulity by a large number of authoritarian minded people, especially on the extreme right-wing of the political spectrum. 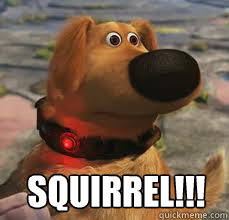 But we are seeing a perfectly analogous move gaining traction on the political left, and it is worth our time to squash it before it gains any traction. Multiple peaceful protests have recently either been preceded by, or occurred in parallel with, violent actions that had no relationship to the original protest. One increasingly sees these violent behaviors decried as the work of “paid provocateurs.” There are more than a few problems with these accusations, not the least of which being that they come without even the tiniest scintilla of evidence to back up the accusation. And these accusations will often be made by the self-same people who will brush aside Alex Jones’s fatuous nonsense with a roll of the eyes and a sweep of the hand, all the while as they are doing the exact same thing as Jones: making hysterical, baseless accusations and assuming that the volume with which they make the accusations carries probative weight.

I have previously expressed my disdain for those who think an action or behavior is only wrong when the “wrong” people engage in it. I will grant a fair amount of yardage to sufficiently nuanced forms of “situation ethics”. Normally, I’d provide a link to that last term, but none of the one’s that came up for me were particularly satisfactory. So I’ll make my own little stab at the subject prior to moving on. Joseph Fletcher’s original book Situation Ethics was a nice enough tome as such things go. Sadly, it invited as much misrepresentation as it cultivated genuine understanding – a not uncommon fate for any daring idea. I will take my leave of Fletcher’s original presentation to briefly attempt a Deweyan reconstruction along a neo-virtue-ethics line of thought, with my own logically formalized sense of what a “situation” is.

Situations are real (that is, they are not fevered fancies of our own imaginations), they are objectively incomplete (because the facts as they present themselves are not part of some magically “complete” whole, but real and fragmentary elements of an indefinite context), and they are pressing in their indeterminacy (real shit turns on how we deal with them.) This means that the moral/ethical content of a situation is not simply “given”; rather, it must be determined through inquiry. (A reminder: moral philosophy is not about “stating” what is “good” or “right”; rather it is about inquiring into morally incomplete situations with the best tools at our disposal.) Many philosophers have tried to shoe-horn the idea of the possible into various concepts of “possible worlds,” where each possible world is absolutely complete (every imaginable proposition is either true or false in such a world) and consistent (no proposition is both true and false in such a world). It is a pretty fantasy, but it has no defensible connection with reality. We do not live within the crystalline purity of possible worlds, but within the frantic, dirty, shrieking panic of situations that we can not bleach of their indeterminacy, nor explode into recondite, formal ideals absent of their mundane contents.

And this means that our moral choices are often not handed to us, and seldom as good as the best we can do. Sometimes even the best we can do is not very good. But still, that does not justify doing the worst that is available to us?

Beware when fighting monsters, you yourself do not become a monster …
― Friedrich Nietzsche

Which brings us back to false flags and paid propagandists. Just because “they” are lying, does not justify us lying as well. We decry the people we are fighting for the despicable levels to which they have stooped, yet how does lowering ourselves to their level offer us any chance of “winning”? “Victory,” in such a pathetic case, amounts to nothing more than substituting one childish liar for another. Either we hold ourselves to a higher – which is to say, a rationally defeasible – standard of argument, or we degrade ourselves to wallow in the “absolute certainty” of ideological infantilism.

Violence preceded and/or occurred along with planned, peaceful protests. The fact that they were planned, means that they were publicly announced. And herein arrives the so-called “black bloc.” Under the relative anonymity of black clothes and black masks, these sad children show up at various public events in order to make themselves feel sensate through acts of undirected violence and much loud noise. They are mostly deserving of pity, I suppose, except for the distraction they provide for right-wing media away from the real issues.

But the indefensible defense mooted by some on the political left, is that these self-absorbed children, screaming at their mommies for more red bull and cheetos, are really “paid provocateurs.”

My previous discussion about situations was intended to show that I really do appreciate situational nuances, so that when I say that no such nuance is involved here it might be appreciated that I actually know and understand what I mean.

If you don’t have the evidence, then you don’t get to spew the claim. Even Robert Reich is stooping to this childishness. And this is not a matter of situational subtlety, but just straight up (like your rum) logic. Absent some seriously hard evidence, declaring that these pitiful, lost children are really the cunning products of a massive conspiracy does offense to the political left AND right, but also to the lost children who have found no other voice than the riot. It would help if the conspiracy theorists, pointing at all those squirrels, would take a moment to read a few of the words that Dr. King spoke, regarding those who had no voice.

Now, let’s not be absurd and suppose that any of the above justifies or excuses the “black bloc” hooligans, or their infantile “look at me-ism” (which is, after all, what they are really doing, even as they are too cowardly to show their faces as they are doing it.) But, I suppose, this is where people – especially young people, who’ve not been fully beaten into submission – come to when nothing they do receives any acknowledgment. But the black bloc energy (it certainly isn’t a movement) is no more a conspiracy than it is a personal affront when a pigeon drops a deuce on the windshield of your car. With energy and attention, perhaps agents provocateurs could manipulate these ragged, pitifully lost children into doing something genuinely and galactically stupid.

But there is more than enough self-organizing (or disorganizing, as it were) energy in the world for such behaviors to be chalked up to pure spontaneity, and this energy is dangerously useful (the way useful idiots always are) to the current governmental power structures who seek to stifle all dissent. The false flag misdiagnosis of “paid provocateur” ignores this energy, and gives credibility, by shared disregard of logic, to those who spew even sillier conspiracy theories. Absent genuine evidence, a squirrel is just a squirrel.