Where an argument comes from is not supposed to be relevant to the logical credibility of the argument, and there are named fallacies that highlight just such errors. (I’m going to talk loosely here, at first, so take the immediately following with a grain of salt.) The genetic fallacy says that where an argument comes from – its origins or “genesis” – should not be treated as relevant to the cogency of that argument. A somewhat more specific version of the genetic fallacy is a variant on the argumentum ad hominem, known as the tu quoque fallacy. “Tu quoque” basically means “you too,” or “you’re another.” The idea with this latter is rejecting the advice or argument of a person on the grounds that that person is doing the very thing she or he is advising against. 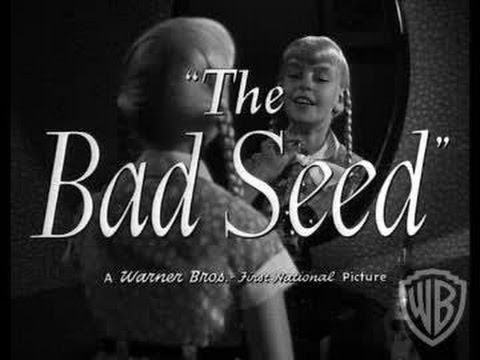 However, such a rejection is clearly not only unfair, but unjustifiable. An alcoholic may not be able to stop drinking, but is certainly in a position to understand the evils of that drinking, and present cogent arguments against it. Similarly, the nicotine addict, slowly suffocating from emphysema may not be physically or psychologically able to stop smoking, but said person is certainly well placed to understand the viciousness of doing so, and can offer extremely valid arguments against ever picking up the habit. But there are times when the source of a claim really is important, and needs to be taken into account when evaluating a claim. The probative value of evidence which we are not able to check ourselves often rests on the credibility of the source. The superficial version of the genetic fallacy that I presented above says that the source of a claim should not be given any weight, and that the argument should be evaluated by itself and on its own terms. But when we do not have complete control and/or mastery over those terms, then that source must also be taken into account.

For example, few people have the scientific and technical expertise to read and comprehend top-tier science relating to AGW. Consequently, relying on the scientific consensus is a major source of evidence for non-scientists. Now consensus by itself is not enough, but with other readily available and easily understood clues, it does take on significant evidentiary weight. On the other hand, when Breitbart or Alex Jones publishes a “story,” there is almost never a reason to take that story seriously. This is because their credibility is non-existent, their agendas are utterly transparent, and their claims (as often as not) are completely unhinged. Superficially, both choices might appear to be examples of the genetic fallacy.

However, this superficial reading is not sufficient. Quoting from Fallacy Files:

It is fallacious to either endorse or condemn an idea based on its past—rather than on its present—merits or demerits, unless its past in some way affects its present value. … the Genetic Fallacy is committed whenever an idea is evaluated based upon irrelevant history.

(My emphasis in the above.) It is almost impossible for a claim to be a fallacy when it is both true and relevant – indeed, not a single example comes to my mind. So accepting or rejecting an idea because its origin and history stem from reliable or disreputable sources is an appeal to relevance. This appeal to relevance should also bring to mind the argument from false or misleading authority, the argumentum ad vericundiam. As I’ve occasionally noted, fallacies generally come in bundles or clusters, and it is often dealer’s choice as far as naming the relevant fallacy goes.

So how does one evaluate the source and history of a claim? Given the willingness of so many people to give unlimited credence to sources like Breitbart and Alex Jones (and yes, I refuse as a matter of principle to link to such twaddle), how is it even possible to move forward? We are, in many ways, less connected to our world now than a rural farmer was a century ago. Such persons possessed a relatively high degree of knowledge &/or mastery over the things that directly influenced their lives: the soil, their seeds and animals, the climate, their homes and neighbors. The news that came in from the outside was filtered and reported by editors who were themselves their neighbors and attentive to the needs of the area. John Dewey variously makes a similar point some 70 – 80 years ago, only in his instance he was referring to farmers of the late 19th C. So the issue is not strictly of the 21st C., but it is certainly more acute today than it was in Dewey’s time.

Our problems – in Dewey’s day, and so much more so in our own – is not the volume of information available to us, but the value of that information. George Orwell’s 1984 was published in 1949, but by that time Orwell already had a upwards of 20 years or more of experience of how control of information could cause entire nations to go insane. And lest you imagine I am thinking only of the fascists in the ’30’s, I would invite you to recall the propaganda machines which the allies brought to bear during WWI. Technology does not (strictly speaking) makes such savagely delusional, willfully fabricated systems of belief possible, but it does make them easier and more insidious.

Which, perhaps not so oddly, brings to mind William James’ essay, “The Will to Believe.” James presents us with this scenario: you’ve been out hiking, but you lost your way. Evening is approaching, and the temperatures at night are such that you will not survive unless you get back to your camp. From where you are standing, you can see the path you need to take, but the only way of reaching that path is by jumping a chasm. The chasm is wide, but questionably possible to jump. If you attempt the jump, but fail, you will fall to your death. If you don’t take the jump, you’ll never reach the path in time, and die of hypothermia. James’ argument is that your only rational choice is to will yourself to the belief that you can make the jump, and thus make the attempt.

James’ argument met with a variety of criticisms; Bertrand Russell’s was especially unhinged, as Russell never believed in arguing against anything other than straw man versions of the people with whom he disagreed. But the application, and partial criticism, of James I want to make here is this: imagine that the chasm is between you and what you take to be a valid and reliable source of information. So you make the jump. But the problem is, the chasm was only ever in your mind, and so you can manufacture your success in making that jump without any appeal to facts or reality. Your “will to believe” becomes your confirmation bias; your cherry-picking of facts becomes your disregard of the source and willful embrace of the “bad seed.” The poignancy of James‘ scenario is that the consequences are immediate and dire. But the same willfulness that can carry us to safety can also serve to lead us away from valid sources to those that tell us just and only what we want to hear.

So Donald Trump can openly brag about getting away with sexual assault, but his enthusiasts do nothing but make excuses for him. Meanwhile, many of these same people accept without a thought or glance the claim that Wikileaks’ email dump from Clinton and the DNC (feloniously obtained, and actively manipulated, by Russian intelligence services, and entirely devoid of anything even remotely akin to a meaningful chain of custody) suffice to justify their Hillary Derangement Syndrome. Meanwhile, of course, all these emails actually show is that CNN insists on hiring political operators as “commentators” (Donna Brazille, Corey Lewandowski); oh, they also show that Hillary Clinton has an extraordinary grasp of geopolitics and international trade (regardless of whether you agree with her) and that John Podesta is REALLY particular about his creamy risotto recipe. At the end of the day, the only real scandal here is that Podesta never invited me to dinner (for the food), nor did Hillary ever invite me to dinner (for the conversation.) I am absolute scandalized.

A person indifferent to relevance – and hence, to logic, principles, evidence, and facts – will not waffle over anything as personally inconsequential (logical consequences be damned).

They will embrace the bad seed always, because it is the seed they themselves have chosen to plant and nourish.