In previous posts I discussed various forms of invalid lines of reasoning – lines of argument that were not just casually erroneous, but formally and demonstrably wrong. In the case of the enthymeme about the existence of a right to privacy, the error is allowed to move forward because the people making the argument fail to fill in (and then attend to) all of the premises necessary to make their argument valid. Jonah Goldberg’s argument was far, far worse: Goldberg contented himself with promiscuously throwing about terms and quantifiers without any evident concern, or even grasp, of how such things actually function. 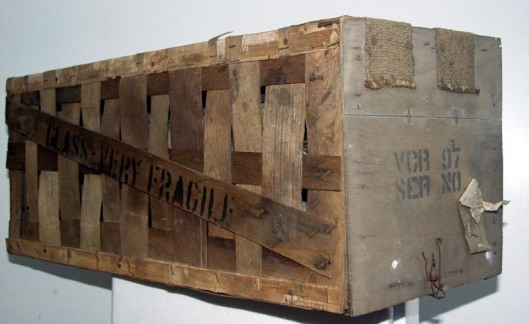 It would be a gross mistake to simply dismiss the people making these errors as merely uneducated fools. The “no right to privacy” fallacy I previously detailed has been argued for by legal scholars of significant practical and scholarly background, and Jonah Goldberg is a college educated journalist with a substantial background in the industry. So how are such obvious – indeed, manifestly egregious – errors committed?

The problem, I would argue, is what Robert Altemeyer describes as “compartmentalization.” As Altemeyer says:

(A)uthoritarians’ ideas are poorly integrated with one another. It’s as if each idea is stored in a file that can be called up and used when the authoritarian wishes, even though another of his ideas–stored in a different file– basically contradicts it. We all have some inconsistencies in our thinking, but authoritarians can stupify you with the inconsistency of their ideas. (The Authoritarians, pg. 80.)

Thus, ideas, thoughts, even methods of consideration, are kept in tightly bound and rigidly separated compartments where they can never bump up against one another, or interact in a way such that the one poses an embarrassing test for the other.

We are, all of us, variously guilty of such convenient compartmentalization; it is not even entirely obvious that such behavior is entirely bad. As Emerson noted, “A foolish consistency is the hobgoblin of little minds, adored by little statesmen and philosophers and divines.” (from “Self Reliance.”) Many people have the unhappy habit of only quoting a portion of the above; it is crucial to recognize that Emerson is talking about a foolish consistency, not consistency in general. One can dogmatically fabricate a consistency where none genuinely exists, thereby enforcing a kind of ideological purity while brushing aside real intellectual tensions that call for further inquiry.

However, it seems probable that the only way this sort of manufactured consistency could ever be established is by forcing even greater inconsistencies elsewhere in one’s cognitive framework, thus again requiring severe compartmentalization so as to avoid an experience of contradiction or doublethink. Because the world itself is not collection of relation-free, quarantined blocks (this is a claim that requires a metaphysical argument, which – for the time being – I’ll spare the reader), then neither can any genuinely intelligent thought processes be so thoroughly compartmentalized. Yet such intense compartmentalization is exactly what we find in Altemeyer’s authoritarians and their approaches to the formation of their claims and opinions (which, under the circumstances, cannot be legitimately characterized as “thoughts.”)

Now, only a few paragraphs earlier, I said it would be, “a gross mistake to simply dismiss the people making these errors as merely uneducated fools.” I must now qualify that statement somewhat, as a reflection of my own rather idiosyncratic attitude toward the ideas of “education” and “intelligence.” I do this, of course, by way of encouraging the reader to consider, and perhaps adopt, this approach.

In the first place, we should make a sharp and explicit distinction between real education, and mere “schooling.” Many people who have completed relatively little formal schooling are nevertheless highly educated. Such people will always be voracious and inveterate readers. On the other hand, many people will have attended school, even well past the graduate level, and yet have little real breadth of subject matter or depth of comprehension with respect to those subjects. Oftentimes, persons of the latter sort will have intense schooling in a highly specialized subject. Perhaps the reader will already have noticed, without any comment on my part, how such specialized schooling lends itself to compartmentalization. (Anyone wishing to get a deeper sense of what I mean by “education” is encouraged to read John Dewey’s classic Democracy and Education.)

It is hardly possible to overstate he difference between schooling and education. Many people can do well, and even flourish, in school, without ever rising to the level of what I would characterize as substantive education. Tests can be passed with flying colors, papers written that satisfy all the standard criteria, oral exams administered in which canned questions receive canned answers, and so on. What makes this success in school possible is the capacity for compartmentalization, that shuts out the connectedness of ideas in favor of presenting a series of predetermined responses, all without the student ever engaging in the hard work of real thought or inquiry such as would connect these things together. The reverse of this situation is a student of genuine curiosity and intellectual breadth who is stifled by the constraints and expectations of formal schooling. (The worst aspect of this is, I would argue, the prevalence of standardized testing as a substitute for real education.) Such persons might quit school altogether, yet continue their devotion to genuine learning across the entire span of their long and variously productive lives.

The second part of this equation is intelligence: if schooling is what gets you a degree, then education is what cultivates your intelligence. Obviously having a lot of schooling does not preclude having substantial education and refined intelligence. But by the same token, having a great deal of schooling by itself tells us nothing about the real span of a person’s intelligence. You might recall that in an earlier post, I defined intelligence as, “The broadly ranging multi-modal capacity for, and interest in, variegated forms of inquiry and experience.” Following up on that, I characterized philosophy as, “The critical and incisive development of intelligence in its widest context.” The effect of compartmentalization is to strangle the width of that context, and thus deny intelligence the fullness of its development in favor of a clever (at best) but extremely limited form of puzzle solving. Within each compartment, intelligence is given comparatively full play. But that play is not driven by the natural, free-ranging inquiry of intelligence. By the very nature of the compartmentalization, intelligence is driven by an outside agenda, typically that of a predetermined ideology. Hence the “broadly ranging” aspect of intelligence is blocked at the start; the range is just and only that of any given compartment, as dictated by the prior ideology.

Insofar, regardless of how much schooling such persons might have, they do NOT evince anything that can justifiably be praised as “intelligence.”

I must emphasize that this conclusion depends essentially upon my “definition” of intelligence. I freely acknowledge that this is an idiosyncratic approach; this is not a test that determines Mensa membership. I must also emphasize that while individuals may evince signs of Altemeyer’s authoritarian style of thinking, the arguments in both his book and here can only be genuinely applied to statistical aggregates. Translating those aggregative conclusions into specific claims about individual persons is not only unwise, it is frequently unfair.