I first formulated the above phrase – and flattered myself by naming it – some decades ago; so long, indeed, that I’ve no clear idea when I first said it. Other people have probably said similar things, long before I ever first quipped the idea. But my first contact with the phrase was in my personal act of formulating it. The second person to invent the wheel still invented it if she didn’t know about the first person. The earliest example of the exact quote (it is important that you search on the quote, otherwise the search registers all the words, regardless of their order) that I can find on Google brings up the pseudonym of “Logic Deferred” as first stating the phrase publicly back in February of 2010. Feel free to click on the pseudonym to see who it is that comes up. But as I said, I’ve used the phrase for many decades now. 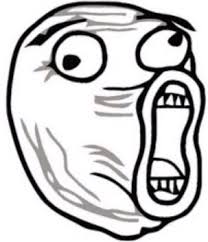 And I am quite sincere about this statement: Never underestimate human capacity for denial. Smart people can be the worst cases when it comes to denial, because rather than using their intelligence for inquiry, they will use it to justify their ideology.

Climate change denial is a prime example of this. The simple fact of the matter is that it has been 30 years or more since anything like a reasoned dispute of Anthropogenic Global Warming (AGW) has even been possible. The volume of scientific documentation readily – and freely! – available to anyone willing to look runs into the many thousands of pages. And I am not talking about pages found at such magnificently credible sources as “Fred’s Blog.” I’m talking about highly respected international and national scientific bodies that stake their very existence upon the careful collation and summarization of scientific research as it is found in the peer-reviewed literature.

Intelligent but intransigent climate change deniers will cheerfully skip over this overwhelming tsunami of carefully reasoned and reviewed evidence in order to passionately shout about this or that cherry-picked example, all the while ignoring the fact that the example has been roundly and conclusively refuted for years. This is not reasoned dispute, it is clever blather. It is an example of aggressive, high-end compartmentalization such as Robert Altemeyer discusses in his book, The Authoritarians. Sciences – all sciences – exist as systematic wholes, and the presence of the occasional outlier (even when it is a genuine out-lier, and not merely another misrepresentation such as the denialist crowd almost invariably produces) does not – and cannot! – achieve the status of functioning as serious falsifications until such outliers achieve a meaningful level of systematicity. But, at that point, they are no longer outliers, and they’ll have found their way into the peer-reviewed literature in a significant way.

Institutionalized racism is another example. Nothing pisses off a racist more than being called a racist. That is because being a racist is bad, and all racists know that they are not bad people. Two of the key phrases that instantly identify a person as a racist are, “I’m not a racist, but …” and, “Some of my best friends are black.” Anyone with even the gauziest wisp of sense immediately recognizes these disclaimers for what they are: an excuse to say something egregiously racist without being held accountable for one’s racism. The person spouting such twaddle might as well slap on a big, brightly colored name tag that says, “HI! I’m a Racist! Ask me How!”

But no amount of denial will alter the demonstrable fact that racial issues remain a prevalent and insidious force in our society. Below are some older articles detailing a few aspects of the situation (quite aside from the attention it has received recently from the Michael Brown killing, and the aggressive refusal by Assistant Attorney General Robert McCulloch to pursue an indictment against Darren Wilson.) The smart and clever denier might claim that the articles are not relevant, precisely because they are a few years older. With all manner of smoke-and-mirrors, the denier will distract you from the one obvious and salient question: identify even a single structural change in American culture such as would invalidate the arguments presented here:

Race remains an issue when it comes to getting jobs, economics and legal issues:

White applicants with criminal records have a better chance of being called back for interviews than equally qualified black candidates w/o a criminal record:

Persons of color are far more likely to be subjected to searches than whites (there is a .PDF of this document, but I had trouble downloading it, so I present the online version instead):

[Added after original posting]: Whites think discrimination against whites is a bigger problem than bias against blacks: http://www.washingtonpost.com/blogs/wonkblog/wp/2014/10/08/white-people-think-racial-discrimination-in-america-is-basically-over/ This last represents such a blatant abandonment of even the pretense of reason — of logic, principles, evidence, and facts — that even as the framer of Herstein’s First Law, I am utterly gob-smacked.

All of the above links have been confirmed as of this writing (12/01/2014). (I present them in uncompressed format so that the interested reader can be assured of the legitimacy of the link.)

Examples could be multiplied without bound, but hopefully the above is sufficient to make the point: these issues are real. Yet from our own personal experiences, (to say nothing of the easily tracked down psychological literature) it is quite clear that smart people persist – and, indeed, adamantly insist – on denying that reality.

One key term above is “psychological;” the issues described here are not strictly “logical,” in either the formal sense or that frequently presented in Critical Thinking courses. So, in that sense, it is a little outside the normal purview of my writings in this blog. But the psychological issues that prevent us from thinking clearly are a real, logical problem, especially when we recall that the approach to logic here is that of “the theory of inquiry.” No amount of triumphant schooling will prevent a smart person from being galactically pig-headed, if that intelligence is not dedicated to inquiry rather than apologetics (which does not mean saying you’re sorry.) Insofar, we must distinguish between great cleverness and genuine intelligence.

[Added June 12, 2017]: The newly minted Herstein’s Second Law is now up and available for your reading pleasure.

© Dr. Gary L. Herstein and garyherstein.com, 2014 -- 2020. Unauthorized use and/or duplication of this material without express and written permission from this site’s author and/or owner is strictly prohibited. Excerpts and links may be used, provided that full and clear credit is given to Dr. Gary L. Herstein and garyherstein.com with appropriate and specific direction to the original content. (In other words, share but acknowledge.)
The Shanarchist Cookbook